Such a great place! 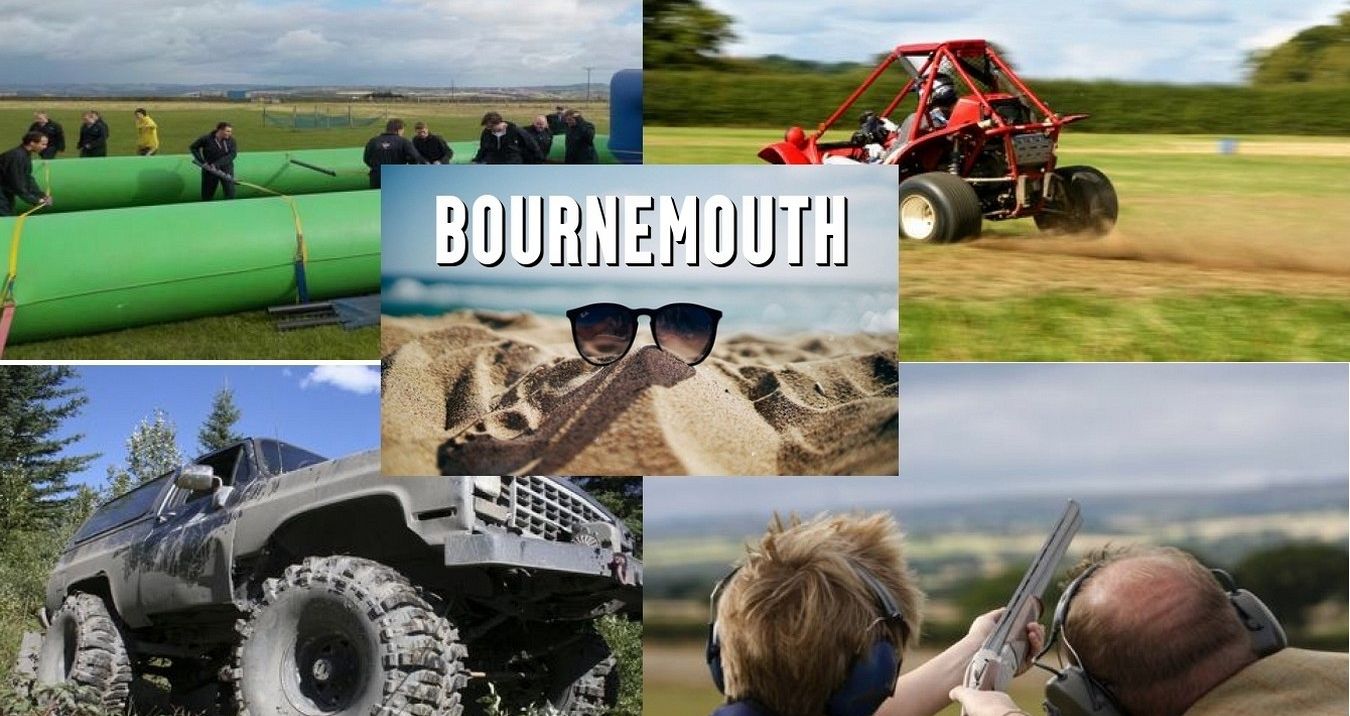 My Stag Weekend in Bournemouth

(Editor’s note – this was written prior to the COVID-19 pandemic, which is why no social distancing measures / other regulations are mentioned)

So last year my best mate got married, and to celebrate, we all went to … Bournemouth? A stag do in Bournemouth did not really excite me before I left as, to be honest, I knew nothing about the place, I’m a northern boy through and through. I wondered why we weren’t going somewhere more exciting, like Leeds or Newcastle but I was soon to be taught a lesson!

We all got into cars and nailed it down to Bournemouth, about four hours away from where we live, and straight to our first activity – Zorb Football. I’d not done this before (though I had seen videos of it on Instagram) and we were all really keen to get into it. The guy who was running it was a great laugh but also really helpful, and it wasn’t long before we were all strapped into giant balls and racing around a pitch like lunatics. If you’ve never done Zorb Football before, all I can suggest is that you prepare yourself to be out of breath and sore by the end of it, because you’ll get bounced around more than a pinball! Especially if you do a bulldog start to the match, both teams in lines racing down their half of the pitch to be the first to punt the ball. As the game drew to an end we all decided to play a nine on one game against the stag, and destroyed him, almost literally!. Then we got back in the cars, sweaty and disgusting, and headed off to find where we were staying.

Pretty soon we rolled up to our hotel, nothing grand but a decent, clean chain hotel, perfect for a stag weekend, cause it’s not as if we’re going to spend a lot of time in there. A lot of us hadn’t seen each other in years so a stag weekend is ideal for hitting a few bars and having a great catch up for us all. We checked in nice and easy, and soon cleaned up and were ready to hit the town in a big way. Stopping quickly for a slab of pizza (always a great food to start a night out, even more so on stag dos), we soon found ourselves on Old Christchurch Road, a road that seems to only exist for pubs and bars, with the occasional tattoo shop and convenience store to break up the monotony. I have a funny feeling I’m going to get some more ink whilst I’m here! I’d have a hard time telling you how many pubs we visited, but all I remember is that we started at the bottom of the hill and made it all the way to the top, before discovering that most of the nightclubs were at the bottom of the hill again! We started to stagger down the hill, and then we saw that most wonderful of things, a strip club. Looking around we all kind of agreed “yeah, we’ll pop in for a bit”, and then we went in and were there til 3am having spent a fortune on drinks and dances, but it was definitely worth it, Bournemouth girls are fit!

Woke up with a huge hangover and a wallet that was much lighter than it had been but looking forward to a day of great activities. We hadn’t bothered to book a hotel with breakfast, because we knew we wouldn’t be up in time for a hotel breakfast, and we were right. Once eight of us were conscious enough to go out, we headed to a nearby spoons for a pub breakfast/lunch, with the other two boys joining us once they were able to. Who doesn’t like a spoons breakfast on a stag do, full English and a pint! Beautiful. The best man had been sensible with his activity booking, making sure that our Saturday activity wasn’t until after 12, making sure we all had time to recover at least slightly.

And then we were off. After figuring out who was well enough to drive, a few of the guys had the sense to bring Breathalyzers so we could make sure we weren’t a danger to others, but a few of the lads took it easy(ish) the night before so we were OK anyway. We drove for about 45 minutes into the countryside for a selection of activities that were absolutely awesome. To be fair makes sense that it’s a while away can’t really be banging off shotguns in the town centre!

We started off by driving these great rage buggies around a filthy dusty track, really getting to open up the throttles and see who got the best time

I'd never driven blindfolded before! This was hilarious, with a friend yelling directions but not being allowed to say the words left or right! Brilliant.

Ever wondered what it’s like to be stuck to a bar while trying to play football? Wonder no more. This was great, and I scored an absolutely amazing goal that I’ll never let the boys forget.

Some of us had done this before, but it is fun everytime. Seeing how many of those flying clays you can shoot down – the best man was a clear winner, but everyone had fun!

After those activities, we definitely needed a beer or three, so it was time to head back to the hotel and get dressed up for our second night out on the Bournemouth stag weekend. This time we made the very sensible decision to START our night out at the top of Old Christchurch Road, with some food at one of the pubs at the top. This meant that we were pointing in the right direction all night, visiting bar after bar on our way down. We also instigated a rule that every other round would consist of shots, an idea that seemed like a good idea at the start of the night, and became chaos as the night went on!

After working our way down every bar on the road (with at least two rounds in each), we found ourselves at the bottom of the hill and facing one of the big Bournemouth nightclubs, and in we went (without having to pay, thanks to the best man’s brilliant planning!). We spent a good few hours in the club, drinking, dancing, watching the single members of the group out on the pull (with greater or lesser success), and just generally having a great time! After losing ##NAME REDACTED## to some blonde that he’d been chatting up all evening, the rest of us decided it was time to move on, and as soon as we walked out we saw a different strip club to the one we had been in the previous evening!

It was a no-brainer really, we went straight in and had another great time – it seems that whichever strip club you go to in Bournemouth, they are all pretty f***ing amazing. I don’t know what time we rolled out of there (as my watch had long since gone flat, and I wasn’t looking at my phone), but the fresh air invigorated some of us again, desperate for the night to continue. Which is how four of us (including me, the best man and the stag) decided that the night was young and that we wanted to hit the casino. With the rest of the group having flaked out and gone back to the hotel, we found a friendly casino and spent a couple of hours at some blackjack and poker tables – I even made my money back for the weekend, so I was very happy! Finally, at some point after 5am, we made our way back to the hotel and passed out.

I was glad I wasn’t driving. I felt like absolute hell on Sunday when I was woken up because we had to check out of the hotel. Most of us did to be fair, so we dumped our bags in the cars and found our way to a seaside café, where lots of us drank lots of coffee in an attempt to feel better. Once we were fully recovered, we all took a photo to remind us of the insanity of the weekend, and then piled into our cars and went home.

I cannot recommend a Bournemouth stag weekend enough, it was such a good stag do destination! And the best man was so relaxed because Steve at the Stag and Hen Experience had helped him sort out such an amazing package that he didn’t have to worry about anything, so top marks, Steve.