​My Cambridge Hen Do (Part One)

Day 1 of my amazing hen weekend 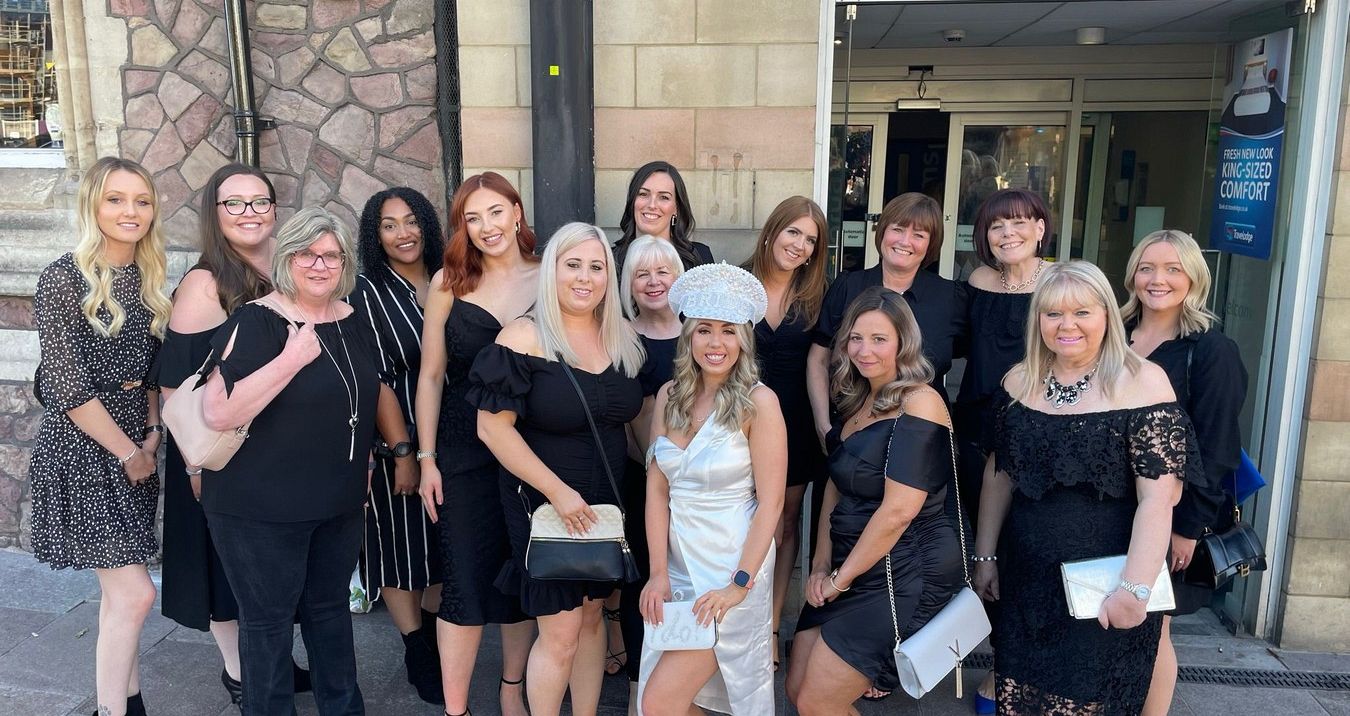 My Cambridge Hen Do (Part One)

For some hen dos, the aim is to head somewhere that is as trashy as possible, whereas for others, it all comes to class and sophistication. My friend Katie is definitely one of the second – when she announced that she was getting married, then we all knew that the hen do was going to need to be something sophisticated (yet still involve lots of ridiculousness and drinking). It was with this in mind that I sat down with the other bridesmaids and her mum, and tried to think about where to go for her hen weekend.

Various destinations were ruled out (due to other people having already had hen dos there), until someone suddenly suggested Cambridge, and within a minute of it having been brought up, we’d all realised what a great option this is. After all, it’s a city known for being sophisticated and one of the locations of the cleverest people in the country, but it’s also a popular university city, which means that you know the nightlife will be up to scratch.

Further discussion between us all led to the decisions that we should try and fill the days as much as we could with scheduled activities – two for Friday afternoon, two for Saturday daytime, dinner arranged both nights and nights out either arranged or at the very least tentatively planned.

The other key thing was to ensure that Katie had no real idea of what we were going to do for her Cambridge Hen Do – after all, everything is better when it’s a surprise! Her mum was driving her, so she didn’t even know where she was going until she met us all at a great (and very reasonably priced) chain hotel in the city centre. We all parked up and got ourselves checked in, ensuring that everyone was sharing rooms with people they knew, and that no-one was left out in the cold.

That being done, it was time to head out to our first planned activity of the weekend – an afternoon tea with unlimited Prosecco. None of us had eaten lunch, so we were all very hungry by the time we got to the bar this was being served in, and we were extremely impressed with the quality and quantity of food served to us throughout this two hour activity. We were also impressed with the Prosecco served to us, but that’s less surprising, because everyone loves Prosecco, don’t they?

Drinks drunk and food eaten, we were off to our next planned activity – a flamenco dancing session. While it may seem strange to learn a popular Spanish dance on a Cambridge Hen weekend, Flamenco is Katie’s absolute favourite dance style, and she’s always complained that she’s never had the chance to give it a try and learn a few steps, so we thought that her Cambridge Hen Do would be a perfect place to do this, and it was! The instructor was lovely and very good at getting all of us dancing – even though some of the group are natural movers, and some of the rest have two left feet.

After we’d danced so much that our feet ached, it was time to head back to the hotel. There we all headed back to our rooms and took an hour or so to revitalise ourselves and get ready for our night out. Then we were all on our way again, this time to a hugely popular cocktail bar for drinks and dinner. The dinner had been prebooked, so we didn’t have to worry about making decisions around what we were going to eat, instead just heading straight there and tucking in, while the complicated decisions we needed to make were all around the huge array of cocktails on offer. I think that, between us all, we managed to try almost everything on the menu by the time we were finished, which provided a good base for our night out drinking.

The night out was immense. We left the cocktail bar and found a huge array of other bar options open to us. We were warmly welcomed by the locals and found ourselves moving from bar to bar, trying some of the tastiest drinks we’d ever had and enjoying ourselves immensely.

After we had visited an indeterminate number of bars, (and a couple of the girls had gone back to the hotel after drinking too much too fast), we came to the always-obvious conclusion that it was time to head to a nightclub. But which one? What sort of thing did we want to experience on our night out? Our discussions led to people saying that we wanted somewhere with some great music, but that also offered a great array of drinks – after all, we’d all been on the cocktails for a few hours at this point, and no-one wanted to go back to just drinking wine or ciders.

A quick look around and we had found a perfect venue for us. We found a tiki bar that served a wide range of cocktails and had a dance floor filled with people enjoying the night just as much as we were. And that was where we spent the rest of our Friday night. In fact, we found another hen group and ended up on a giant set of tables with them as well, everyone drinking and dancing to their heart’s content.

If I’m honest, it’s hard to say when we left, because my memory of the back end of the night is more than a little bit hazy. I know that we were still there just after 2am, but I have no real memory of heading back to the hotel. However, I know that we all got back safely, and we were all crashed out in our beds before the sun came up, knowing that we had another packed Cambridge Hen Do day the next morning.

If I had to rate the first day of Katie’s Cambridge Hen Do, I would give it ten out of ten – honestly, I can’t think of anything else that would have worked better for day one, and as I fell asleep I was hoping that day two would turn out to be just as much fun.