​My Edinburgh Stag Do Part Two 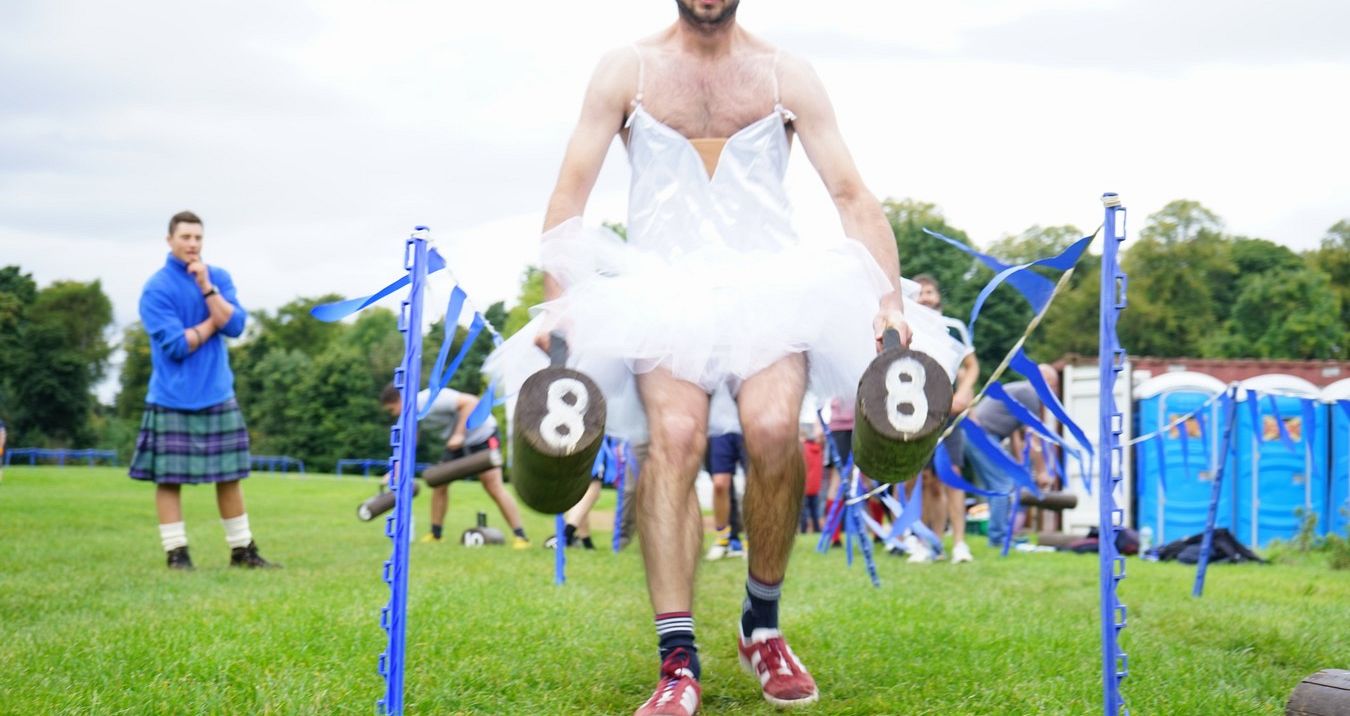 My Edinburgh Stag Do (Part Two)

After our high-energy first day on Pete’s Edinburgh Stag Do, we (nearly) all took the opportunity to have a lie in and get up at our own sweet time. The only exceptions to this was Andy (who is one of those guys who always gets up early even when he doesn’t need to), and Graham, who returned at 8am from the local lady’s house where he’d spent the night. These two then made sure that we had breakfast and coffee (lots of coffee) available as the rest of us staggered into the living area of one particular apartment and we slowly recovered, getting ourselves ready for day two of this exciting weekend away.

Once we’d got to about 11am, everyone was in one piece and able to think about leaving the apartment – which was good, because (as I had warned everyone), our next activity was booked for 12 and would involve more than a bit of physical activity. Because, if you are on a Scottish Stag Do, there is one activity that you absolutely have to book above all else – the Mini Highland Games.

The group was split into those who were excited and enthusiastic and those who were unsure about what we were getting into as we all arrived at the site. However, those who were feeling a bit reticent started to loosen up as they looked around and saw just how ridiculous these activities were. If you’ve ever been on Edinburgh Stag Dos then you’ve probably tried these before – but for those who haven’t, the mini highland games includes some activities that are traditional to any highland games (such as tossing the caber) as well as some that are a little sillier (such as welly wanging). In fact, the entire list of activities for you to take part when you are there is hilarious. Have you ever wondered who’d win in a tug of war now that you are all adults? Ever fancied throwing a haggis or playing umbrella golf? If you have then I highly recommend some mini highland games on your Edinburgh stag weekend.

We laughed and had a great time throughout the session, and once the victors had been suitably crowned (and the losers suitably punished), it was time for us to head off to the next exciting part of our Edinburgh Stag Do, which was something that Pete had always wanted to do, and had no idea that we had booked.

“Where are we going?” he asked, as we drove from the highland games site to another field elsewhere

Then as we turned into our destination and he could see hovercraft zipping around the field, his face was pressed against the glass like an over-excited puppy.

Driving a hovercraft is a very tricky task. Some bits of it seem easy, and some are hard and get harder by the minute. Pete’s a bit of a vehicle nut, and has always liked the idea of driving things you’d never get the chance to drive, so when I saw that hovercrafts were an option this seemed perfect for him. And he absolutely loved it! It may not be the most competitive or obvious Edinburgh Stag Do activity to take part in, but it was absolutely perfect for him, and that’s what planning a stag do is all about.

Post-hovercrafts, it was time to head back into the city. We’d booked a meal in a much more generic chain restaurant for the Saturday night (after all, no-ones budget is infinite, so it seemed a logical choice), and then it was time for some drinks. Rather than go staggering around lots of different pubs again (as much fun as that had been on the night before), we had booked a table at the Bierkeller, which is located in a 150 year old church building. This place had an atmosphere unlike anywhere else (along with some great beer), and it was an absolute delight to spend a couple of hours sitting back with the lads, relaxing, drinking and laughing our way through the evening.

Of course, we didn’t stay there ALL night – and after a while we decided to head back to a couple of the bars that we’d had a good time in the night before. They were just as good as they had been, and before we knew what was going on it was already 1am. We lost a few lads at this point, as the combination of too much exercise earlier in the day and too much booze now meant that they headed back to the apartments for some well-earned rest, but a dedicated core of us carried on. After all, you don’t get to go on an Edinburgh Stag Do very often, you’ve got to make the most of it while you can.

With that in mind, we were out until close to 4am again – no casino this time (Pete decided that he’d been so lucky the first time that he didn’t want to tempt fate), but instead we found ourselves in a smaller club that was playing some amazing music, so we stayed there until they decided it was time to kick us out.

Sunday morning was a bit of a blur. Our flight back home was at lunchtime, so we had to make sure we’d got up, tidied up and checked out of the apartments with plenty of time to spare. We dragged ourselves into a taxi, and then sat in the airport clutching our overpriced coffees with the hope that we’d be feeling something close to human before we had to get into the plane.

For me, the proudest moment of the entire Edinburgh Stag Do came when I saw two of the lads having to help Pete get onto the plane, because he was so hungover he was having trouble walking in a straight line. If that’s not the sign of a job well done, then what is?

I can highly recommend Edinburgh Stag Dos – whatever you (or the stag) are into, and whatever you want to get up to, Edinburgh is definitely a city that can provide it for you.