We wanted to do the Otley Run 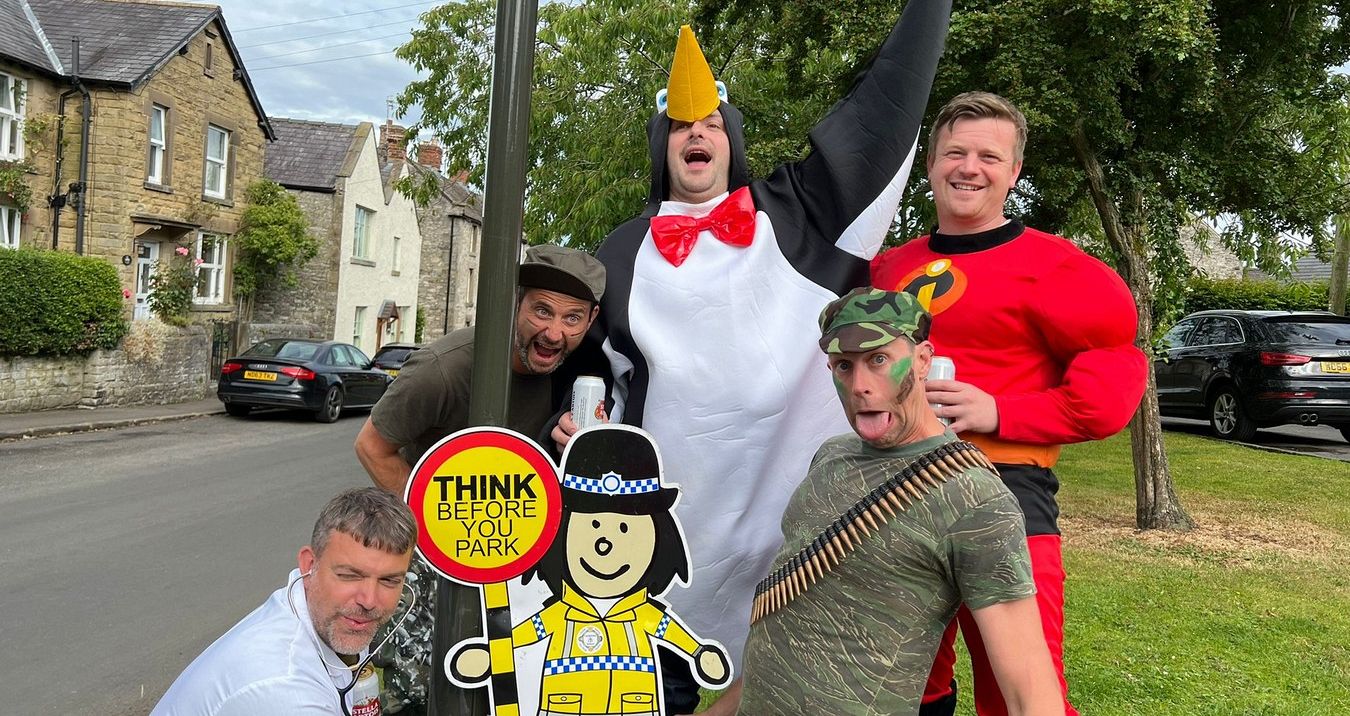 Ever since I heard about the Otley Run in Leeds, a legendary pub crawl taking in fifteen venues, I knew I had to do it, so when the time came to choose a stag do destination there was only one real contender, I wanted my Stag weekend in Leeds and I was right up for the challenge of having a go at the famous Otley Run. I had a little shop about online and I got a really competitive quote from The Stag and Hen Experience which was way under budget, so after a bit of a chat with the lads we ended up booking some quad biking and some axe throwing for the Friday afternoon as well.

We had gone for cheap and cheerful for the accommodation for my Stag weekend and we had booked into the Travelodge right in the centre of Leeds, which was exactly what you’d expect from a Travelodge, cheap, clean and cheerful, and we were three to a room to keep the prices down. The hotel itself was pretty much next door to the train station which was perfect and all in all it was ideal for a couple of nights on the lash in on our Leeds stag do.

Once we’d checked in to the hotel we dumped our gear and headed straight off to a bar we had spotted near the station on the way in. I think when a group of stags see a venue offering something called Big Buns, the urge to check it out was too overwhelming! It turned out to be awesome American style burgers, which was perfect timing as we were all starving. I can highly recommend a quick pit stop if you’re in the area on your Leeds stag weekend. Before long it was soon time to be collected by the minibus that was going to take us to the activity centre for the quad biking expedition and the axe throwing lessons that we had. The venue was pretty immense and was held in the grounds of Hazlewood Castle, which was a 13 th century castle turned 18 th century Mansion house converted into a modern Spa Hotel set in 77 acres of woodland, which was about a 25 minute drive from the centre of Leeds. We started out with the quad biking which turned out to be a great idea for my Stag weekend in Leeds. I’d never actually been on a quad bike before but it was really easy to get the hang of, and after a quick practice session we were off to bomb along a path through the woods and round the estate it was a great experience and was exhilarating, although it was hard to take in the beautiful scenery when you’re fully focussed on controlling the quad bike! By the time we had finished everyone was all good and pumped up with adrenaline and then it was time for us to move on to the axe throwing. I had chosen this particular Leeds Stag weekend activity purely as a bit of a filler to compliment the quad-biking so it had been chosen pretty much on a whim but it turned out to be really good fun and by the end I was able to get a few good shots in, it was hugely satisfying launching this axe and hearing the thud as it gripped the target. At least, if nothing else, I learnt to throw an axe on my Leeds Stag do, which will definitely come in handy in the event of a zombie apocalypse!

Once we had got back to the hotel it was time to get changed and hit the town. We started off in a place called the Brewer Tap, which was where we got the Big Buns from, it was just on the other side of the station from the hotel and we were impressed with it, with a modern functional interior and a range of lagers and craft beers from their own microbrewery on site. All in all this wasn’t a bad venue to start off my Leeds Stag weekend and we stayed in there for a couple of warm up beers to get the evening going. We had decided that Friday night we needed to get ourselves prepared for the Saturday night extravaganza which was the Otley run, the main reason we chose a Leeds stag do. You don’t just charge headfirst into a sixteen pint drinking marathon, you need to get yourself accustomed to large amounts of alcohol first, so the Friday night of my Leeds Stag weekend was dedicated to steady leisurely drinking also known as training to prepare our bodies for the next night’s showcase challenge.

We started the Saturday with a much needed cooked breakfast buffet at the hotel and then we had a bit of a walk around Leeds taking in the sights until about 2.30pm when we caught a taxi to the official start of the Otley Run, Woodies Craft Ale House in Far Headingley, this pub had a massive range of beers and a really nice beer garden, so we sat out in the sunshine for the first pint , before heading off to the next venue, the Three Horseshoes, about 100 metres down the road from Woodies. From the Three Horseshoes the next stop was the New Inn, a nice atmospheric little boozer with a pool table and then on to the Headingley Taps where we had a bit of pub grub to try and soak up a bit of what we’d already put down our necks. I was having a fine old time and I was really pleased I’d decided to have my Stag weekend in Leeds and the other lads all seemed to feel the same way. From the Taps it all gets a little bit blurry, we had the names of the pubs we had to visit on a piece of paper and we were marking them off as we went but at some point the piece of paper got lost and from then on it was navigating using smart phones. I managed to have a pint in each bar up to The Library, which was just opposite the University campus and as noisy as bar as I’ve ever been in, but after that the volume of beer was getting to me so I switched to doubles and mixers for the last five bars. Somehow we all managed to make it to the Dry Dock for the final stop and by that point we were all too disgracefully drunk to even think about a nightclub, so it was time to stagger the half mile or so back to the hotel for some well-deserved rest, safe in the knowledge that my Leeds Stag do was a resounding success.