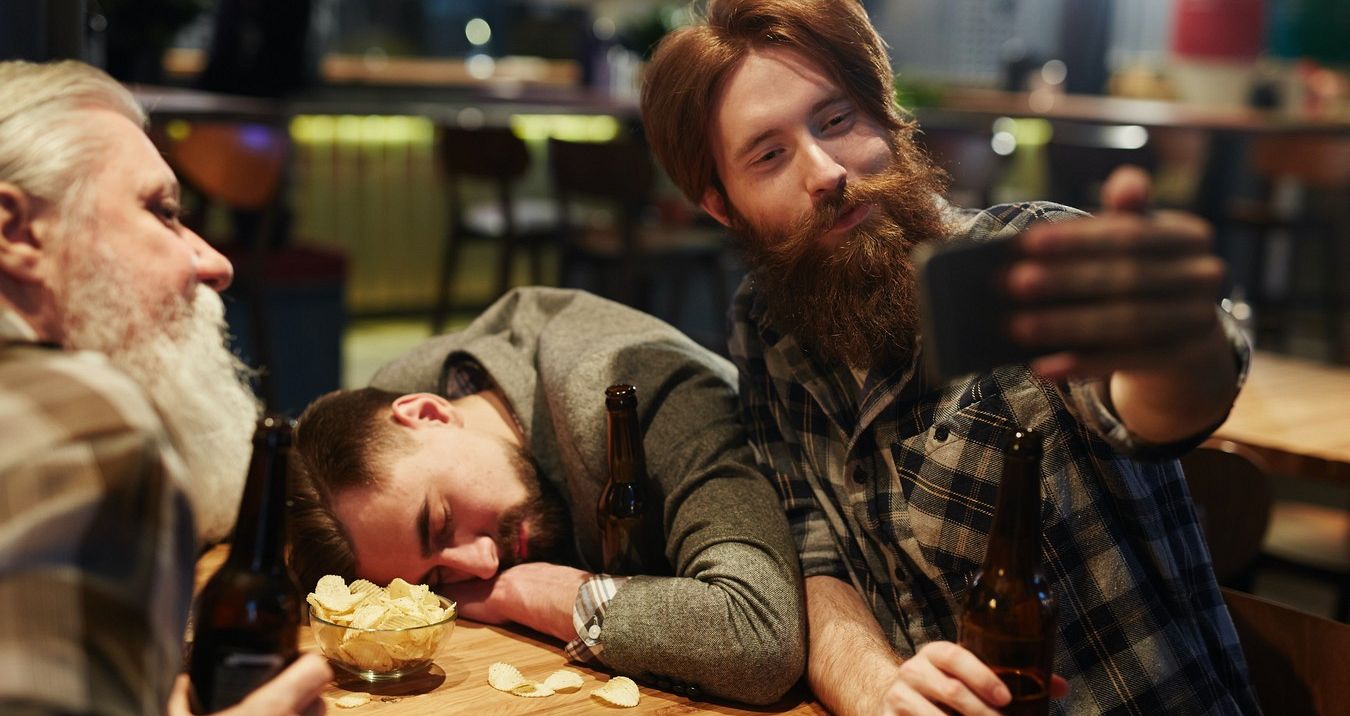 There is a perception with stag dos that they are much simpler to organise than hen dos, because stags never really care about where they are going or what they are doing, instead just being happy to pay what they are told and show up where and when they are told to and stitch up the stag as much as possible over the course of the stag weekend. And I don’t want to perpetuate stereotypes, but I’m pretty sure that’s true! My missus was the maid of honour for this particular wedding and had hours of conversations with what seemed like hundreds of people, whereas I (as simply a regular guest to the stag do), just paid what I was told and didn’t even remember where we were going and where we were staying until we got there! To be honest all I needed was 4 walls, a bed to crash, somewhere to freshen up and directions to the nearest bar! I am a typical sort of chap, more so on a stag do.

Jake (the stag) sadly does one of those “proper” jobs where you can’t just book the Friday off work to go on a weekend away early (think his wife to be wanted to use his holiday entitlement for some ‘together time’), so we didn’t leave home until about five o clock on the Friday – and apparently that’s one of the reasons we’d picked Reading as our stag weekend destination, it was only an hour away, so the drive time was minimal. (It would have been even more minimal if we hadn’t got stuck in traffic!) So it was about half past six on the Friday that we all arrived at the hotel and checked in.

None of us wanted to waste any time, so we were all dressed and ready to go out within an hour, sinking a few tinnies whilst getting ready, you know traditional stag weekend stuff. We headed off to a local pizza place to grab a bite to eat to line out stomachs before hitting Reading town centre. The best man had already said that he had made plans for where we were going on the Saturday night, but the Friday was designed to just be an “off the cuff” evening – just seeing what was good and going with the flow. This led us to the strangest and most fun bar I have ever been to – a bar that had ping pong tables dotted around along with some amazing beers. I wish I could remember the name because it’s well worth a visit on your Reading stag weekend. We spent a couple of hours (and a lot of money) in there, before heading out to find somewhere “fun” to spend the rest of the night.

As a group, we were pretty evenly split between people who absolutely love going proper clubbing, think D&B or Techno (of which I am one), and those who prefer a cheesy club, think John Travolta in Saturday Night Fever or Disco Stu! As we had a proper club arranged for Saturday night, I had my suspicions that we were going to end up in a cheesy club on the Friday night, and that was exactly what happened. It was still a good time though, and we bounced our way through the evening, getting back to the hotel at around 3am when everyone had started to flag. This reading stag do was already living up to expectations.

It was a good job that we got back when we did, as the next day was a big one. The best man had arranged a pair of activities for us, both outside and both quite physical, so everyone had a good breakfast to ensure that their hangovers were well put to one side before heading out.

Activity one was an assault course, I was thinking to myself, what on earth?.... it’s a stag do, but anyway. I wasn’t expecting to enjoy it as much as I did! I mean, I’m a reasonably fit guy, I go to the gym when I can, I keep myself reasonably healthy, but I was still dreading it before we got there, you know, hangover + physical exercise = chunder city! When I saw it, my competitive nature really came out and I was desperate to have a go and show these biys how unfit they are! It didn’t take long before my wish was granted and I was climbing walls, jumping through tyres and crawling under nets and having a whale of a time. Also, (and I don’t want to brag), I was the second best out of our entire group, if it wasn’t for the stag weekend hangover, I’d have smashed him!

The stag weekend assault course was great fun, but then when I saw what our next activity was, my eyes nearly popped out of my head. We were driving f***ing hovercrafts! I’d never been in one for real, let alone taken control over one! I couldn’t wait to get my hands on one of these beasties I was super jacked. Interesting fact, they are bloody difficult to steer until you get the hang of it. Luckily we all got a chance to practice before tackling the course that we would all be competing against each other on. I had so much trouble operating the hovercraft to start with that I was starting to think I’ll be a candidate for the wooden spoon, luckily some of my mates were more rubbish than I, so I was grateful to finish mid-table, I guess it was just my natural talent that made me better than I imagined! Such a great stag weekend activity on our Reading stag do.

With those two activities done and dusted, we went back to the hotel for the traditional triple S (Shower, Sh!t and shave), and then it was out for our big night out. We went on a trek around a large number of bars (I’m pretty sure it was eight or nine, though I was losing count throughout the night), before heading to the massive nightclub that I had been excited for all weekend. And it was not a disappointment! The music was great, the drinks were surprisingly well priced for a nightclub, and with two floors of music and dancing, there was something for everyone to enjoy. We lost a couple of the lads a little while after we’d arrived at the club, but most of us stayed dancing and drinking until the sun came up, at which point we staggered back to the hotel we partied hard even for a stag weekend!

The Sunday morning was a traditional Stag Weekend Sunday morning. We got up, complained about our hangovers, drank way too much coffee and found our way to some kind of breakfast to settle our stomachs and help us to recover. Once we had recovered enough to get behind the wheels of our respective cars, then the drivers got in and we all slowly made our way home, laughing and joking for the entire drive.

In short, Jake’s Reading stag do was an amazing success – everyone had great fun and the whole thing ran as smooth as clockwork, which was a real bonus. If you are thinking of going to Reading for a stag do, all I have to say is “Can I come?”