Our Weekend in Ljubljana (Part Two) 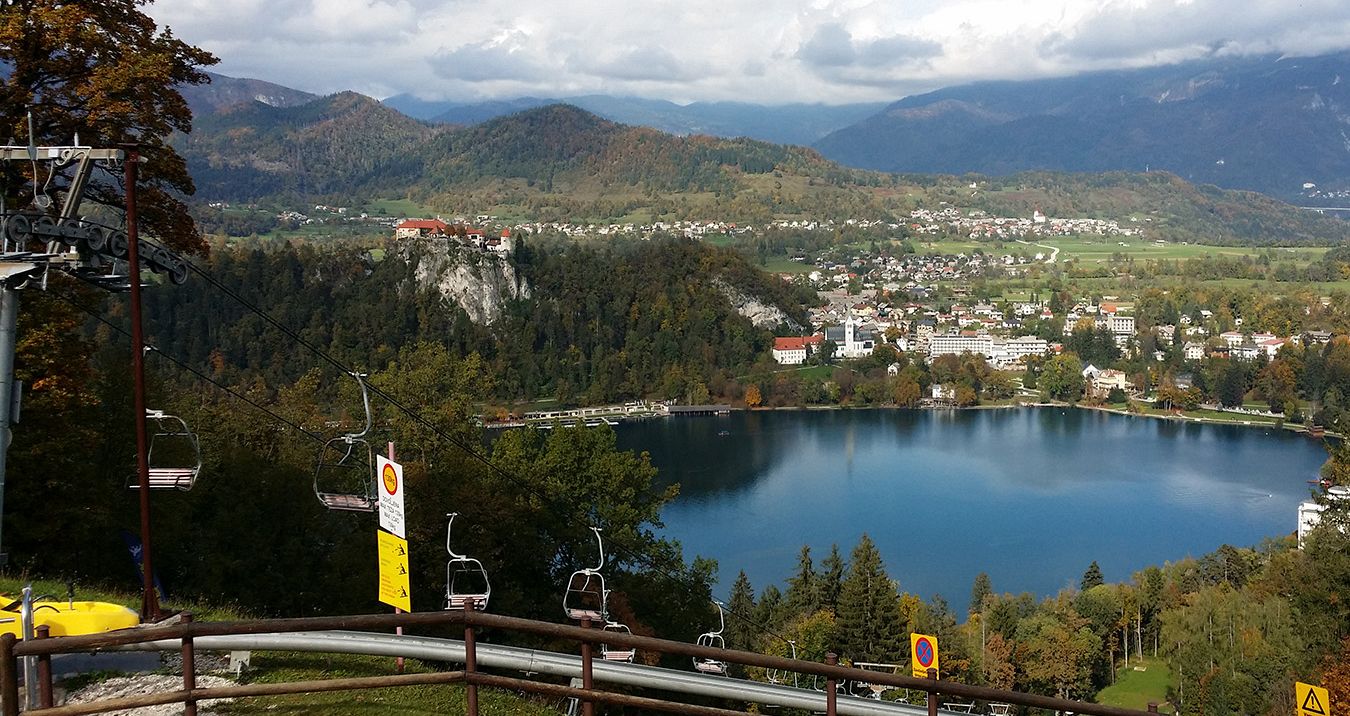 So, after our first big night out in Ljubljana (which you can read about here if you missed part one of this blog), I woke up with one of the worst hangovers I have ever had. Foolishly, I had not brought any paracetamol with me, and therefore had nothing to ease the horrendous pain I woke up with - although the tasty breakfast at the hotel did kind of take the edge off.

I was still a little worse for wear when our guide picked us up to take us out for the day. I was less than delighted to realise that the first thing we were doing was going to visit Bled - a small town nearby with a castle (which also has various activities surrounding it) which was a forty minute drive away.

I have never enjoyed a car journey less!

Once we arrived we were toured around a few bits and pieces, before being shown the castle... Yes, that's the castle. Up a cliff. And we then had to climb up to get to it - which nearly killed me!

But once at the top, and having drunk the best cup of tea I have ever had in my entire life. I began to take notice of the surroundings again. After we admired the view and had a quick look in the castle, we decided to go and try out an activity - which was an on-rail bobsled run!

Interestingly, this is the best cure for a hangover ever. After a couple of runs down this exciting and fun activity, I was completely cured and desperate for more excitement. So I was overjoyed when i discovered that we were going shooting next!

We got to try out a selection of guns including a 9mm Glock, a Magnum and a shotgun. Reactions from the three of us varied from "Wow this is amazing" (Me), to "Please take this away before I accidentally shoot a real person with it" (One of my colleagues who shall remain nameless!). We even got to take our targets home as a memento, and the whole thing was a huge amount of fun.

That night we had some food and went out again for a few drinks, before heading to one of the cities biggest nightclubs where we found.. a Guns N Roses tribute band! Now I know it may not be everyone's cup of tea, but I freakin' LOVE Guns N Roses, so I happily spent the evening drinking and jumping around like a lunatic - and I managed to remember the entire evening!

After a better nights sleep, and waking with less of a hangover on the Sunday, we spent a bit of time touring around the city centre itself, which was insightful and fun, and then we got a lift back to the airport, got on the plane and promptly fell asleep - only to awake when arrived back in the UK.

So all in all - I would thoroughly recommend Ljubljana for a Stag Weekend - there's lots to do and lots of new things to try (at one point we ate horse burgers, which I thoroughly enjoyed - the others, not so much!) and it's a new place for those of you who have already been to a lot of Eastern European Destinations.

I can't wait to go back!