What you should (and shouldn't) dress the Stag in! 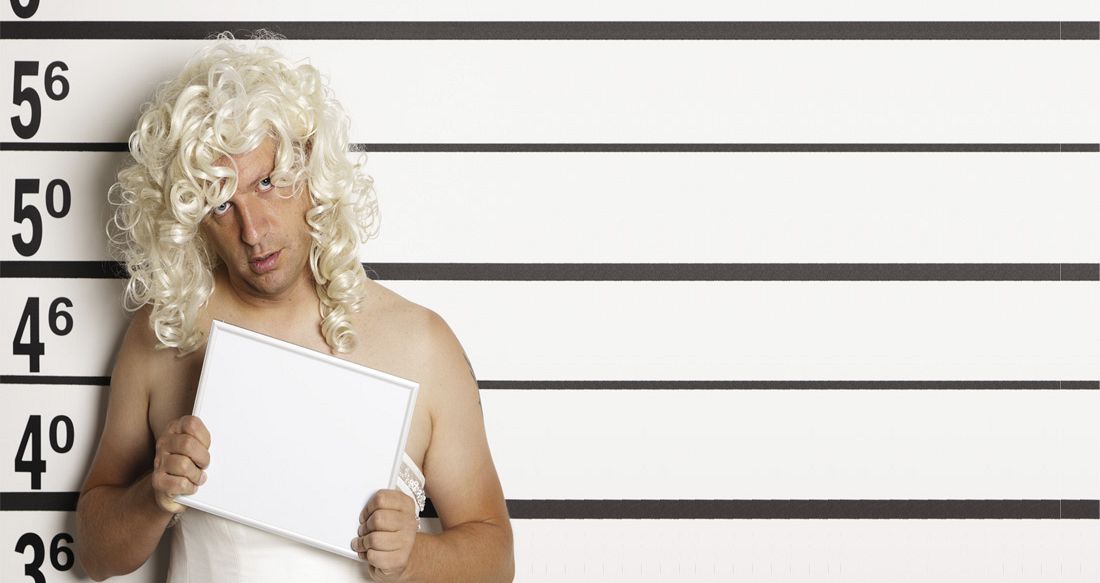 A common tradition on any stag do is to get the stag in fancy dress for the big night out. Unfortunately, in this day and age, if you dress him up in anything too outrageous, then you may encounter problems getting into bars, clubs and other venues. So what can you get him to wear for maximum entertainment / embarrassment and minimum hassle? Here’s a few ideas for things to pick (and things to avoid!)

NOTE – We do not guarantee that our suggested fancy dress outfits will get the stag into every nightspot. Some nightspots will refuse entry to anyone in fancy dress, regardless of how tasteful it is (sadly). If you are unsure, it’s a good idea to check when organising the weekend!

STAG IN DRAG
One of the most popular stag pastimes is dressing the stag up in drag – and why not? It has been scientifically proven (by absolutely no scientists whatsoever) that there is nothing funnier than a stag in drag – so go wild! Dresses, Skirts, Blouses, High Heels – and don’t forget the wig and fake breasts for the full experience! We guarantee that everyone will have a great time

MORPH SUIT
As fun as these all-encompassing suits are, if you go out with the stag wearing one then you could end up being refused entry into almost everywhere you visit. Sadly there has been a huge increase in banning morph suits from clubs and bars – mostly because while you may think that the stag looks better with his face completely covered, the bouncers, bartenders and other staff all need to be able to see him!

WHERE’S WALLY?
This is one of the most popular options for stag fancy dress! Make sure that everything he wears is red and white stripes, and then send him off and see who can find him first! The winner gets... well, whatever you decide the winner gets! Last time we played it, the winner won a Jagerbomb, which makes it a self-regulating game – as once someone’s won a couple of times, their vision is not as good as it was at the start of the night!

MANKINI
A Mankini may be funny, but if you put the stag in one, he will get refused entry into everywhere you try to go. Not only that, but if you are in the UK then it doesn’t matter how hot the evening is – he’s going to be cold! This also applies to body painting the stag, or any costume that involves nudity! Basically, it’s going to be a LOT more hassle than it is worth.

CHARITY SHOP GAME
If you can’t all decide on what to dress the stag in, then this game can be your saviour! Everyone on the stag do (apart from the stag, obviously) spends a set amount of money (usually somewhere between £2-£5) and they each have to buy one item of clothing from a charity shop. The stag then has to wear all of these items on the night out!

GIMP SUIT
Wearing a gimp suit might mean that you can get the stag into certain clubs – they’ll probably not be the type of club that he wants to go in! (Unless he's into that sort of thing - we're not judging!) The other issue is that he’ll find it very hard to get drunk with a ball gag in his mouth - so it's probably one to avoid!

ONESIE
Onesies are a trend that no-one saw coming. Seriously, who got up one morning and said “I’m fed up with putting on more than one item of clothing. Babies have it easy, let’s steal their idea!”? Regardless of who it was, onesies are now everywhere and in every style. Want to be a dinosaur? A wolf? Batman? Elvis? You can get a onesie for all of these and many more. With that in mind, we are recommending onseies, but with a condition attached. Make sure the stag is clothed under it - that way, if any bouncers refuse entry he can simply unzip the onesie, step out fully clothed and continue with the evening!

CONTROVERSIAL OUTFITS
While some of you may think it’d be hilarious to dress the stag in a ‘controversial’ outfit – this is normally a terrible idea. Not only will you fail to get into the clubs that you want, but you may attract the attention of people who you are offending, drunkards looking for a fight, or even the police! It’s really not worth it...

So there we go – a few ideas for you to think about. Any that we haven’t mentioned, that you think are a really good (or really bad) idea? E-mail admin@thestagandhenexperience.co.uk and let us know!