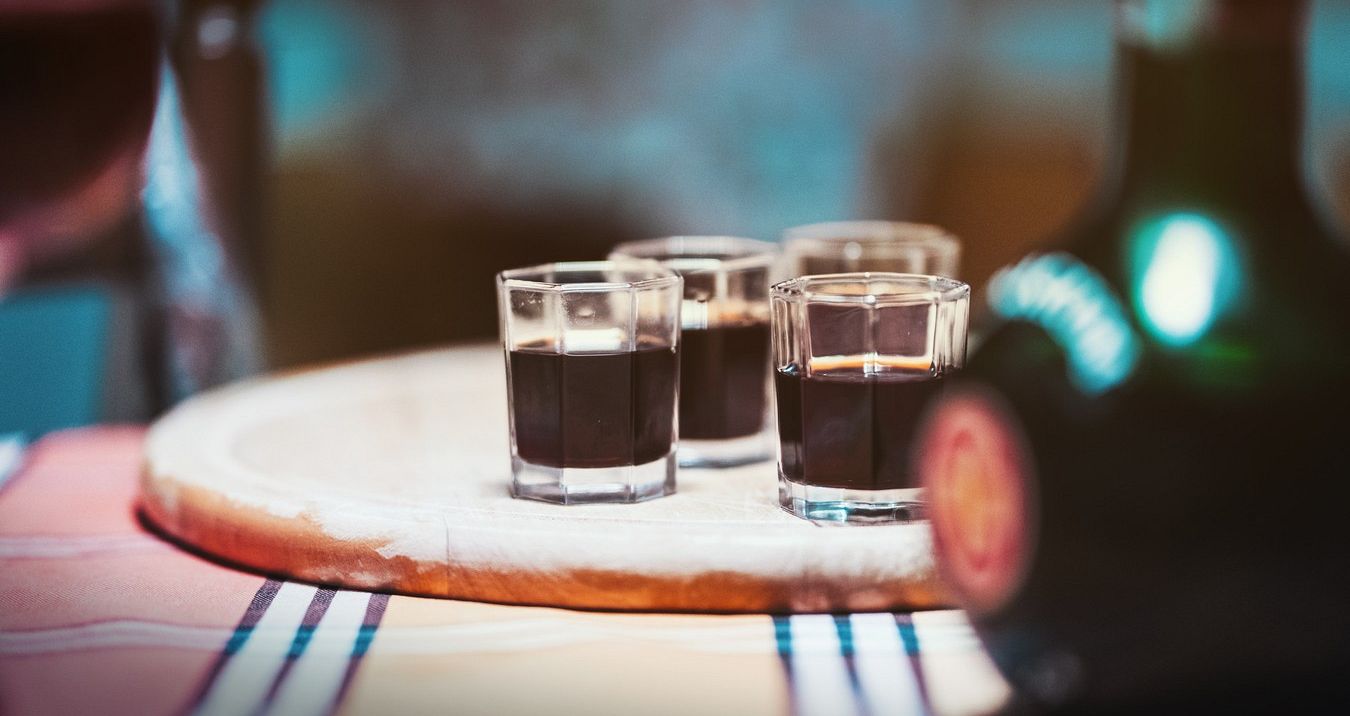 Pictured: Unicum, very popular in Budapest and voted best name by our team of experts!

If you are heading out on a European Stag Do, part of the appeal is seeing what local delicacies may be available to you, and one particular subset of these delicacies is (of course) alcohol. We’re not just talking about local beers or anything like that – instead we are talking about the weird and wonderful. The sorts of spirits that you drink while you are there, buy a bottle to bring home, and then that bottle is still in your drinks cupboard five years later!

In order to provide you an overview of some of the drinks we’ve encountered over the years, two of us sat down with an array of bottles and went through a few options to tell you which ones are the best and whether there are any that we think you should avoid on your stag weekend!

Where can you get it? Budapest

We thought we’d start this article with the drink with a name that makes us laugh (yes, we’re all teenage boys at heart). Drinking unicum is an experience that you’ll never forget. It looks kind of like a more viscous version of Guinness (though don’t drink a pint of it, for god’s sake!) – any drink that is bitter, dark and gloopy is definitely going to be something that most people tend to politely decline.

Considered one of the national drinks of Hungary, this delicacy is almost indescribable – except to say that if you drink it expecting it to be terrible, you’ll be pleasantly surprised. Yes, despite its texture, colour and bitterness, there’s something about it that makes it a drink worth drinking.

Where can you get it? Many destinations including Prague, Warsaw, Budapest and more

Unlike the previous spirit where it was hard to describe what it was, Slivovitz is much easier to describe -it’s a plum brandy. Sounds nice, doesn’t it? The good news is that it’s one of those recipes where many different places argue that they created it first, and consequentially you’ll find many subtly different versions (some with different spellings) throughout Eastern Europe.

Full disclosure, we were drinking one that we picked up in Prague, and it was surprisingly nice! The taste is viciously strong, and while it may sound like something that would be perfect with ice, the locals never drink it that way, serving it predominantly at room temperature. Either way, this was a delight to drink – fruity, strong and delicious.

Where can you get it? Prague

Once again we’ve moved onto a different type of spirit, as we enter the realms of a herbal bitters (think of something like Jägermeister). However, where Jägermeister is one of those drinks where you just try to slam it down as fast as possible, Becherovka is something else. Granted, the first sip is a very strange combination, which I described as “how can something be tasty and so nasty at the same time”, but a part of that is your tastebuds adjusting. By the time you get to your second sip, the nastiness has gone, and the gingery, cinnamon-y flavour of this unique spirit is something that you really have to try.

Where can you get it? Budapest

Yes, we are back in Hungary again for this next drink, known as Palinka. This is a fruit brandy which is not unlike Slivovitz which we discussed earlier, but instead of being stuck to just a single fruit, Palinka can be made from any locally grown fruit, with common ones being made from plums, apricots, apples, pears and cherries. This means that there is always a great selection of options available to you, and if you don’t like one flavour as much as you might do, there is always another to try.

The name has been around since the eleventh century (although that drink didn’t really compare to today’s Palinka) and the recipe got close to what it is now from the sixteenth century onwards. Our palinka that we tried for this article was primarily made with cherries, and was surprisingly amazing. Sweet on the tongue yet well balanced with the alcohol, it’s probably been my favourite of the drinks so far.

Where can you get it? Warsaw, Wroclaw, Krakow

From all of these strong-tasting spirits, we thought we’d move on to one that is famed for not tasting as strong as its contemporaries. While the alcohol volume tends to be 40 – 45%, there isn’t usually a strong alcohol taste when you drink it. This can be down to many factors – it depends on what type of Nalewka you are drinking.

Like Palinka, there are many types of Nalewka, as the drink itself is made by macerating or infusing various ingredients in alcohol. These ingredients can be many and varied, with options including fruits, herbs, spices, honey, roots and sugar. All of these create a different taste, as you can imagine, but if they are all as good as the honey one we tasted, then we are on board with more of this please!

You were expecting us to find some absolutely terrible drinks on this blog, weren’t you. Well, if we are being honest, so were we! When we first thought up this idea, the boss thought it sounded hilarious as he assumed we’d be drinking things that were absolutely vile. Sadly for him (and luckily for us), all of these local delicacies that we have tried range from good to amazing – and there’s not one I wouldn’t drink again if someone served it to me.

And that’s a conclusion that I think it’s important we all take on board. Just because a drink sounds strange, or looks strange, or even smells strange, doesn’t mean it’s going to taste bad. On the contrary, most of these traditional drinks have become traditional because people have been drinking them for hundreds of years, and who’d do that if they were bad?

So if you are on an Eastern European Stag do and you get the chance to drink some local spirits – give it a shot!