Our panel of experts carry out extensive research. 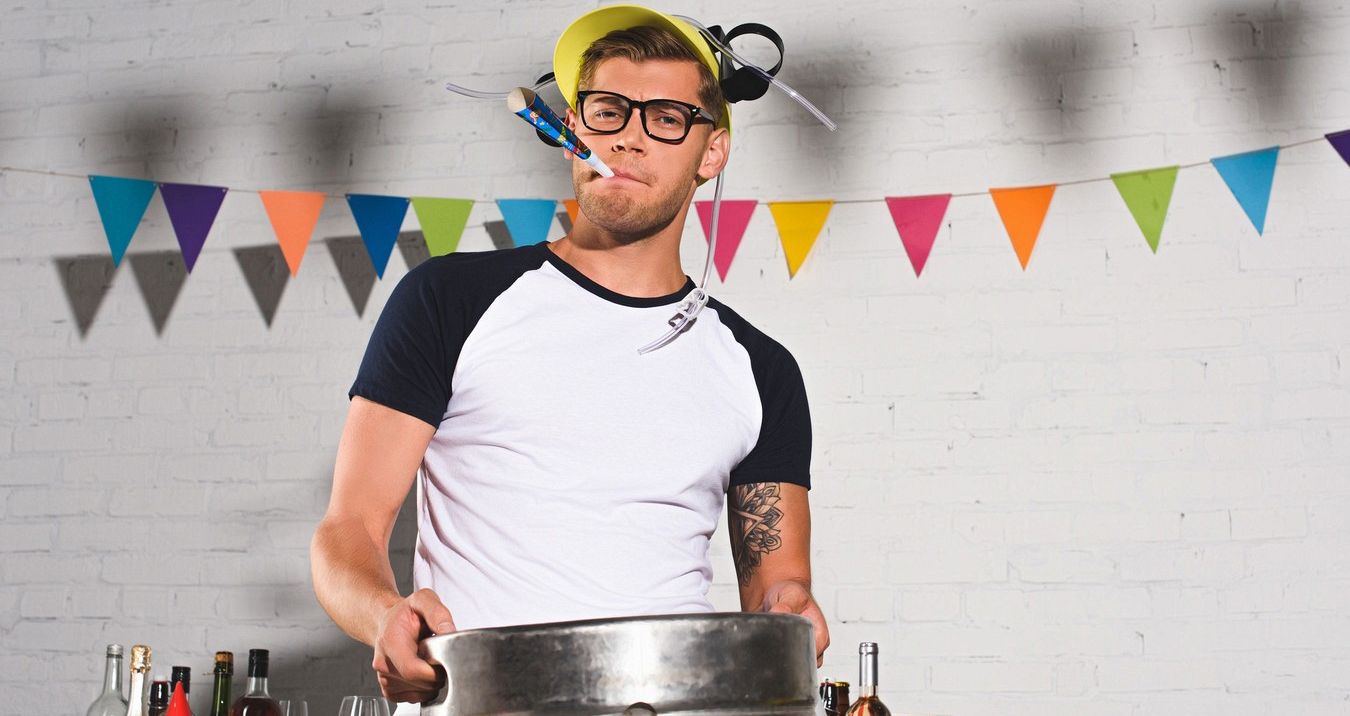 We all know that the staple drink of a Stag Weekend tends to be beer or cider, with spirits making their way into the mix later in the evenings. However, another typical aspect of a Stag Weekend is the surprise tray of shots that appear every so often, usually to the delight of some people and the sheer panic of others.

But it is never as simple as that. You have to choose what you are ordering and what people are likely to agree to drink, otherwise you end up with two of you drinking fifteen shots of absinthe, and trust me, that never goes well!

But don’t worry, we at the Stag and Hen Experience have done the research to see what shots are the best options for stag parties. In order to test this, four of us sat down and tried eight of the most common shots to see which ones were (on average) most well liked, and therefore most likely to go down well with a group of stags.

The traditional stag weekend, classic shot. The one that everyone has been drinking since shots were invented. It helps that it is a drink that none of us usually drink neat, so it’s time for us to knock it back and see how it goes. This was the first shot of the night, so we were all sober and excited to get started.

Verdict:The poster boy for “a shot that does exactly what you expect it to do”. It makes you wince a little, makes you squirm a little, and then the bad taste is gone and you are left with a pleasant alcohol-induced buzz going on. Fine for what it is - 3/5

Weirdly, this classic was more divisive than any other on our list, with two of our stag weekend group expressing their absolute hatred for it before it had even been poured, and the other two saying how much they love it. However, that didn’t necessarily mean bad things, as one of the negative members of the group admitted they hated it because of how drunk they got on it as a teen and haven’t tried it since, so there’s hope that maybe he’s changed his mind?

So once it’s poured, all four of us knock it back.

And two people then almost throw up.

Verdict: Yeah, this one was pretty evenly split. Two of us rated it five out of five, and the other two rated it 0 out of five. So here it stands, the extreme drink with an average score. 2.5/5

The one that everyone talks about but very few drink neat shots of. We had a long and intense debate about whether we were ordering shots of Jagermeister or Jagerbombs – but we decided that for the integrity of this test, we had to order shots. So we did. (And someone also ordered a round of bombs for afterwards as well, standard stag weekend behavior!).

Verdict: One of us absolutely hated it. The other three found themselves enjoying it to various or lesser degrees. The general consensus was that it was the best shot so far, as it’s more interesting than vodka and less divisive than Tequila, although it does go better in a Jagerbomb than as a shot on its own. 3.5/5

Aaaah, aftershock. One of the drinks that is a reminder of terrible nights out in your teens and early twenties. Available in a range of colours with a range of flavours involved, our night out involved the Red one, which is a tasty cinnamon flavour. For those of you who were wondering, the other colour/flavour combinations are blue, which is cool citrus, black which is spiced berries, orange which is fizzy orange and silver which is an energy drink and apples combo apparently! When the round of bright red glasses arrived at our table, we all knew what was coming as we took the shots.

Verdict: This is what shots should be. It’s a drink that you would not in any way want to drink any more than a shot glasses worth of in one go, but it has a strong flavour and definitely keeps the stag weekend going with energy. 4/5

Whiskey is one of those stag weekend drinks that is a shot drink when you are eighteen, and by the time you are in your mid-twenties, most people who drink it tend to drink it properly (i.e. as a sipping drink rather than a shot drink). It’s only really used as a shot when you are in the kind of bar that doesn’t have other shot-specific spirits.

Verdict: Whiskey is generally nice, but if you are having a shot its usually the cheapest whiskey they have, and is a worse experience than if you are going to have a proper glass of whiskey. So our opinion is don’t bother – if you want shots have one of the others, if you want whiskey have some nice whiskey. – 2/5

This one is a personal favourite of mine, though I knew it doesn’t go down as well with the rest of the group, which is why I left it until fifth before we had one. Personally I enjoy the flavour of a flaming Sambuca, so if you set fire to it in the glass first, it’s a perfect shot. (When I was younger I used to set fire to it in my mouth, but that’s stupid and DON’T DO IT.) As it arrived, I was ecstatic to see they were already on fire, and we all blew them out and slammed them back.

Verdict: Regardless of my own personal preference, I knew that this one wasn’t going to be a home run, but I was surprised that everyone had a positive opinion of it. The unique flavour definitely makes it one to remember, and it’s not as rough on the throat as the vodka or the jagermeister. 4/5

So there you have it our ‘expert’ stag weekend drinks review. Which shots should you order when you are on a Stag Weekend? Well hopefully we’ve helped with that. And if in doubt, just order all of them and do your own tasting session! Remember to please drink responsibly.

If you are planning a stag weekend or now someone who is, get in touch on 01202 566100 or via email sarah@staghenexp.co.uk and speak to one of our stag weekend specialist for the best value stag weekend ffor your group.