Things to do in an airport for a Stag Do

Make the most of hanging around 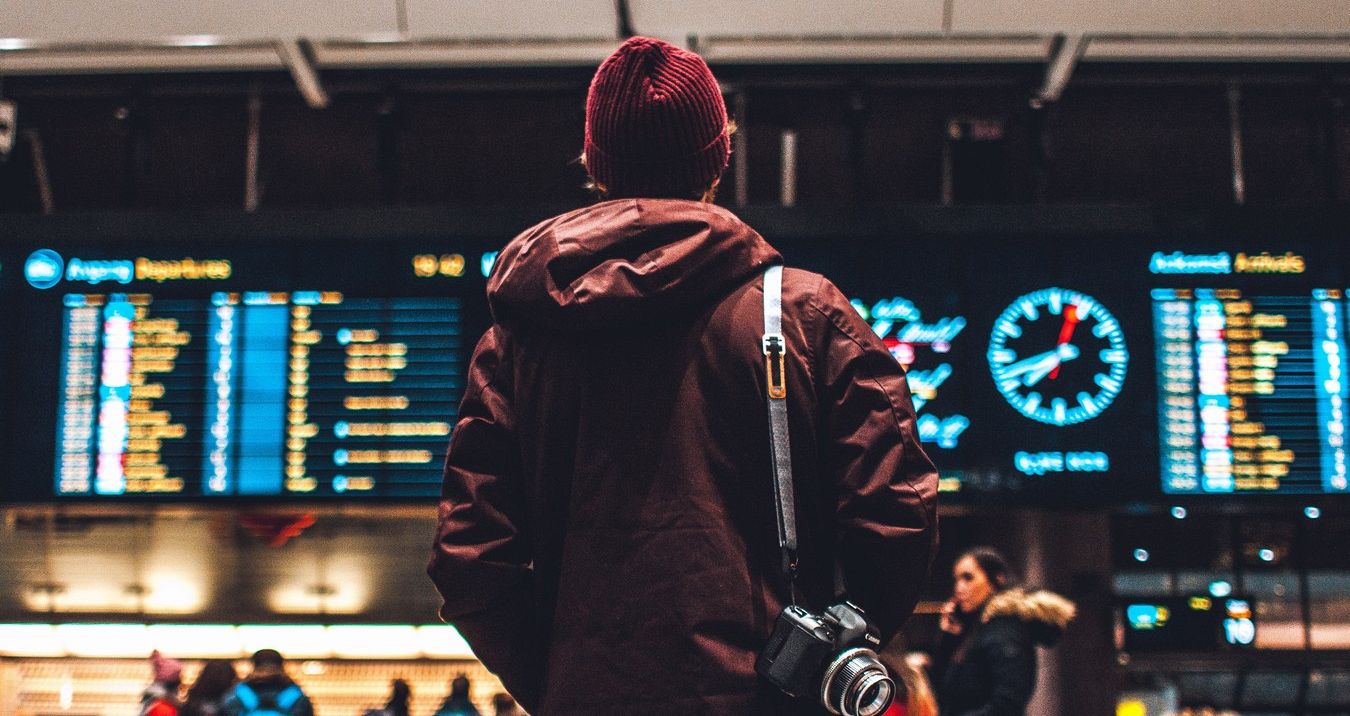 Things to do in an airport for a Stag Do

We all know that the one downside of going on a European Stag Do is that you end up having to waste time in an airport – often early in the morning. It can be a challenge what to do while you are waiting for your plane. After all, if it’s an early morning flight you can’t really drink heavily for the couple of hours before you board, because you’ll never last the rest of the day once you get to where you are going!

If you google “things to do at an airport” the results are always boring ideas. You know the sort of thing – “Go Shopping”, “Eat at a restaurant”, “People Watch” – which are all things you COULD do, but they seem a bit boring, don’t they? After all, you are on a stag weekend, you should be embracing the fun aspects of being together as a group!

With that in mind, here’s a few suggestions for things you can do in an airport.

I’m not talking about a video game, or even a card game (though both are things that you could do in an airport), but a stupid, adult version of a kids game. The most popular option is Hide and Seek. After all, we are all able to count to a hundred, and we are all able to rush off and hide somewhere, so it’s a perfect game to play. It also doesn’t encroach too much on anyone else in the airport, so you aren’t likely to get challenged by security. The same can’t be said of playing “It” (or “Tag”, if that’s what you know it as). I’ve played a giant game of “It” in an airport before, and it was brought to a forceful end by an angry security guard, because we were all running around in and out of people… so maybe don’t do that one!

Buy the stag a present

Yes, this is a variation on going shopping, but rather than going shopping for things that you want, why not go shopping to get the most inappropriate present for the stag? Doesn’t matter what it is – everything’s fair game. If you want to make it a proper competition, set a budget and then once all the gifts are presented, you can debate about who the winner is! Bonus points if it is something that you can make him wear for the duration of the flight – the more people ask him about it, the better it is.

Sex Toy in the Suitcase – A classic one this – get someone to distract the stag, and then someone else slips a sex toy into the suitcase just before you go through security. Make sure that it gets “accidentally” turned on (or even better, I believe you can get remote control ones to turn on at the right moment) so that his suitcase causes suspicion and he has to open it up.

Visa Prank – This one needs the stag to not really know anything about what’s needed to travel to the destination, because if he does, he may not fall for this. Ensure that everyone has their printed “Visa” document, and then when the stag is around, get everyone to check they have it and have a whole discussion around how important it is to show it so that you can get on the plane. See how long you can keep it going and how panicky he gets!

Once you are in the airport, make a list of five items, and then everyone has to go off and try to find them. You can impose as many or as few rules as you would like (i.e. you can’t buy things, you mustn’t tell people why you need it etc), and you’ll need one person (not the stag, probably the best man or the most “sensible” member of the group) to wait at a designated point and judge the results, so that whoever gets the five items to him first is the winner.

Have a drink you wouldn’t normally have

Obviously everyone is going to get one or two drinks while waiting for a plane – but why not mix it up a bit? Rather than drink a favourite beer or cider, why not pick something you’ve never tried before? After all, you’re paying over the odds for any drink in an airport anyway, you may as well turn it into a new experience, rather than just pay twice the standard price for a pint of Carlsberg.

The one advantage of eating in an airport is that airports are a weird sort of nexus where normal time ceases to exist. This means that a lot of restaurants will serve you any kind of food at any time of day. So take advantage of it. Waiting for a plane at 5am? Have a full steak dinner for breakfast! Killing time in the early evening? Order a fried breakfast. The only rule with this is that you shouldn’t eat anything that would normally be eating at that time of day.

There you go, just a few suggestions as to what to do in the airport when you are waiting for your plane to Budapest or Prague or Riga or wherever it is that you are off to for the stag do of your life! If you try any of these then let us know how it goes – photo and video evidence of just how well (or how badly) these ideas go will be very welcome indeed!