My Riga Stag Do

So many unique activities. 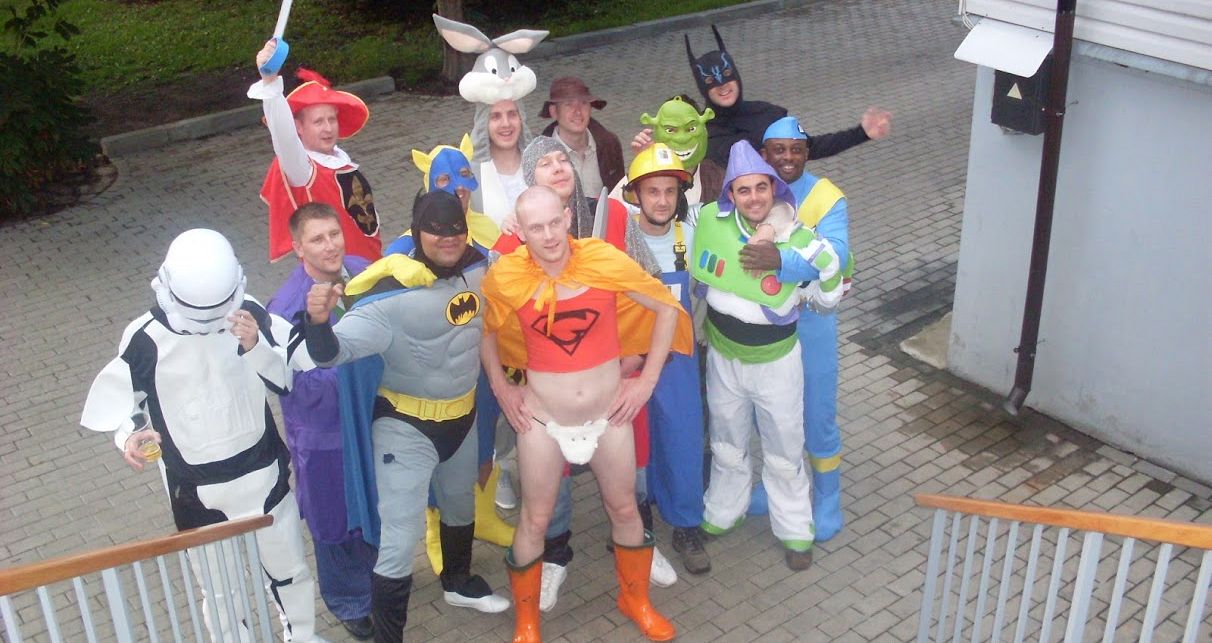 My Riga Stag Do

Our stag dos have become the stuff of legend. There are a group of eight of us who have all been friends since we were small, and every time we go on another stag do, then it feels like we have to top the previous one. Plus, we always aim to go somewhere new every time. This has led to some amazing experiences, but as I’m the eighth and last member of the gang to get married, I was worried about whether this final stag do would live up to the hype!

As is traditional with our stag weekends away, I had no idea what we were doing or where we were going. I knew that we were going to be away for a weekend, flying somewhere early on a Friday morning and coming back on a Sunday evening, but everything else was a question mark. Steve, the best man, picked me up at 4am on the Friday and we drove to the airport to meet the rest of the lads and to see what we were getting ourselves into!

They successfully kept me in the dark about the location until we were on the plane, and then the pilot gave it away with his opening announcement that we were on our way to have a Riga stag do! Somewhere new and somewhere I knew nothing about, so I was already excited. We made our way to some suitable accommodation, and I was happy to drop off my bag and get ready for a weekend of ridiculous activities, though I wasn’t prepared for the sheer insanity of what would happen over the next forty eight hours.

In keeping with the “lets do things we have never done before”, the first activity involved us getting to a giant frozen lake, and being strapped into Ice Karts. These are exactly what they sound like – go karts with giant spiked wheels that have the power to take you around the icy track and challenge each of your mates to see who has the skills and the determination to win. Given the nature of the activity, you can imagine that they travel best when going sideways, and drifting is always a vital part of these Ice Kart races – if you’ve got the balls to keep your foot down and steer into the drift, you will be victorious! Truly a unique Riga stag weekend experience

Once we were all raced out (Steve was the overall victor, but I came third in total, which isn’t bad for me!), we went for a post-ice karting drink in a local bar, and I was astonished at how cheap the drinks were (not that the boys would let me pay), and what a great variety of beverages were available. After a few drinks there, we popped back to the hotel to freshen up, and then went off on our night out.

The night out was insane. It was as if we were trying to squeeze a whole weekends worth of drinking into one night out. We visited pub after pub, bar after bar, trying out the best drinks in the seediest places. And once we decided we wanted to move on to clubs, we were faced with the dilemma of how many of these amazing nightclubs and strip clubs could we possibly experience in one night? We ended up doing one strip club and two different nightclubs, before getting back to our beds at around seven in the morning, exhausted, unable to speak, and full to bursting with beer.

Given our late night, we all slept in for a good few hours, not reconvening until about 1 o’clock (except for Lee, who discovered that the hotel had a strip club, so he stayed up all night there!). Steve then admitted that our next activity was something extra special, and that we would need to pack up and take our bags with us, so we did – I was confused and excited. We got in a bus and were taken out to somewhere that was the absolute pinnacle of the middle of nowhere, an abandoned military base. And then I realised what was happening, as we met some staff and things started to become clear. It was a Prison Experience! Who knew you could do that on a Riga stag weekend.

I was terrified and excited in equal measure, especially as we started getting shouted at in Russian and being forced to take part in drills wearing gasmasks! It quickly became clear to me that we were spending the entire night here, and if I wanted to survive I had better behave myself. In short, this was an amazing activity. It became clear to me early on that this was why we’d had such a mad night out the night before - because we were going to be stuck here with mad russians and good friends for this second night. As it turned out, we didn’t have to be locked in all night, instead getting the chance to explore this genuine disused military base with a beer in hand and friends surrounding us. It was illuminating, and some of us stayed up basically all night, alternating between doing what we were told and then chilling out and chatting between ourselves.

The next day we were shipped back to Riga centre, where we had a few hours to kill before heading out to the airport, so it was back to some of our favourite bars for a few drinks, some great food, and to unpack the weird night we’d just had. Once that was done, we jumped in some taxis and made our way to the airport to get our flight home. Sitting next to Steve on the plane, I expressed how grateful I was that he’d made this such a memorable weekend, and he just smiled and said “We had to go big for the last of the gang – besides, how would anyone ever top this?” and he was right. This was the absolute perfect stag do that anyone could ever dream of, and I was so grateful that it was for me.

Our Riga stag do showed us how Riga is an amazing place, and I thoroughly recommend having your stag do there.

The Stag and Hen Experience has been creating the best stag weekends away for over 12 years, so, if you're looking to plan a stag weekend package anywhere in the UK or abroad, get in touch on 01202 566100 or via this email address admin@staghenexp.co.uk and one of our expert stag do organisers will help you put together a fantastic Riga stag do for you and your group.