Essential for a great weekend 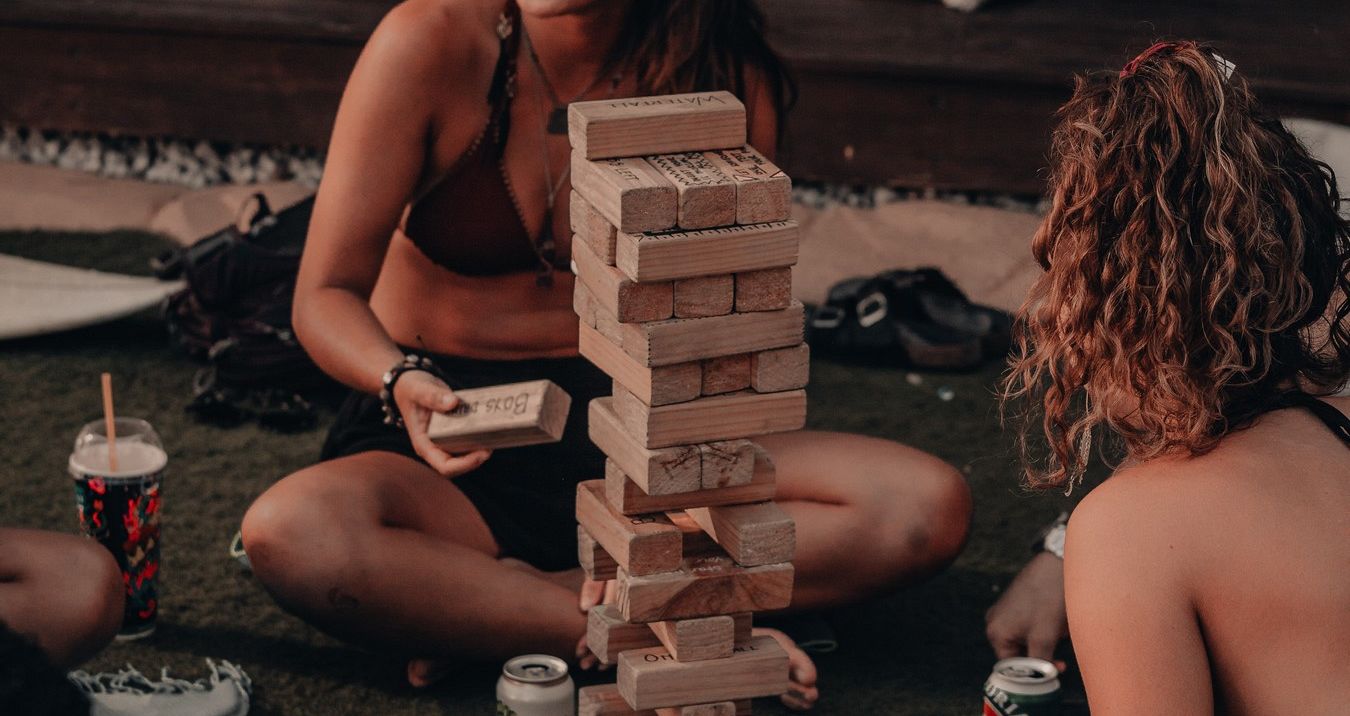 We've talked before about stag do drinking games and stag weekend pranks – both of which are great to enjoy on a stag weekend – but we haven't yet touched on the more traditional set of stag do games. These can be an absolute gamechanger on a weekend away, allowing everyone to have fun and create more memories from your big weekend. Whilst some of them can be done without mandatory drinking, it really wouldn't be a proper list of stag weekend games without a couple of drinks-based ones making the cut, would it?

A tried and tested game to get us started, statues is a classic on any stag weekend and it's really easy to play. Make sure you are keeping an eye on the best man throughout the evening, as at any time, he can freeze in a pose. The moment he does so, the rest of you should freeze in the same pose, and the last one to do so will have to fulfil a forefit of some kind. Whether that means downing his pint, buying the next round, or something more outrageous, is all up to you! A great little ice-breaker, you can play statues for as short or as long a time as you like. It's particularly impressive if you manage to pull it off on the dancefloor of a nightclub! Definitely an Instagram moment!

Champion of the World

This stag weekend game is fun because it can encompass everything you ever wanted and encourages everyone in the party to try to shine at things they are good at. The groom starts with the belt on (after all, it is his weekend really), and then at any point throughout the night any other member of the stag do can throw down the gauntlet and challenge the existing champion to anything they want. Whether it's a drinking challenge (such as fastest to drink five shots) or something more ridiculous – like a race around the block on one leg, or a dance off – the winner obviously gets to take the belt. An absolute favorite at Stag and Hen Towers.

Whoever has the belt at the end of the night is crowned the Champion of the World... Which is a title we all want, really.

God Save the Queen

This doesn't mean standing there and singing the national anthem like the nation's football or rubgy team, so you can save your singing voice for later. The penny starts with the groom, who may drop it into anyone's glass he wishes. The moment you realise the penny is in your drink, you have to down it as fast as possible to save the Queen. Then, once you have done so, you are the owner of the penny and can drop it into anyone else's drink you like. This is guaranteed to keep everyone on their toes and will go on all night long. It definitely gets harder as the stag weekend goes on!

This one is great for stag weekends that don't know everyone on the stag do, and it’s a great ice beaker. It does need a little preparation and also requires you to be sat in one place to play it, so it's a great one for when you are together in a quiet pub or your accommodation. Before the stag, split up a set of Jenga bricks among the members of the Stag Party, then have them write dares on each brick. When you come back together, it's just like playing a normal game of Jenga, except every time someone removes a block, they have to perform the stag do dare that is written on it – whatever that may be!

And, of course, if you knock the tower down when removing a brick, you'll have to down your drink and rebuild the tower in time for the next game!

This is a fun little game that you can start and stop any time you like throughout the weekend. All you need to do is keep an eye on the Best Man, and any time he raises his hand to his ear, the group must shout "Get Down Mr President!", and then proceed to dive in front of (or on top of) the groom to keep him safe from the unspecified attack. Do you remember playing "Bundle!" as kids? Well it’s like that! Just try not to hurt each other!

Another drinking game that will demonstrate just how confident you are. It's a simple game really. The first player simply pours as much of his drink as he dares into the glass and then calls the toss of a coin. If he guesses correctly, it moves on to the next player, who will then add his drink and guess the coin toss. This goes on, and on, until someone guesses it wrong. Whichever poor sucker that is will then be forced to drink the cocktail that has been created in the glass, which can be terrible if everyone is drinking different drinks (and especially if anyone is drinking Guinness!). It might be easier for your stag weekend to order a pint of "driptray" from the bar.

Another great game that you can start or stop whenever you fancy it. There is only one rule – you cannot call anyone in the group by their name. It doesn't matter whether it's their first name, their surname, their nickname, etc. You have to come up with a new way to describe them or get their attention when you want to. And what happens if you fail? Why, you have to down your drink, of course! A stag weekend staple.

Items needed: A drink Each, Some Kind of Prize

Again, this is another classic drinking game to see us out with. You split into two teams and stand in a line in the order you want to drink. On the starting whistle, the first person starts to drink, and the second cannot start until the first person has finished and held the glass upside down on their head. It then becomes a race through the rest of the team to see who will win. The winners will get the prize (whether that is a little trophy or just bragging rights).

These are just a few of the stag do games we like to play – do you have any to add?