Stag Do Weekends in Cologne 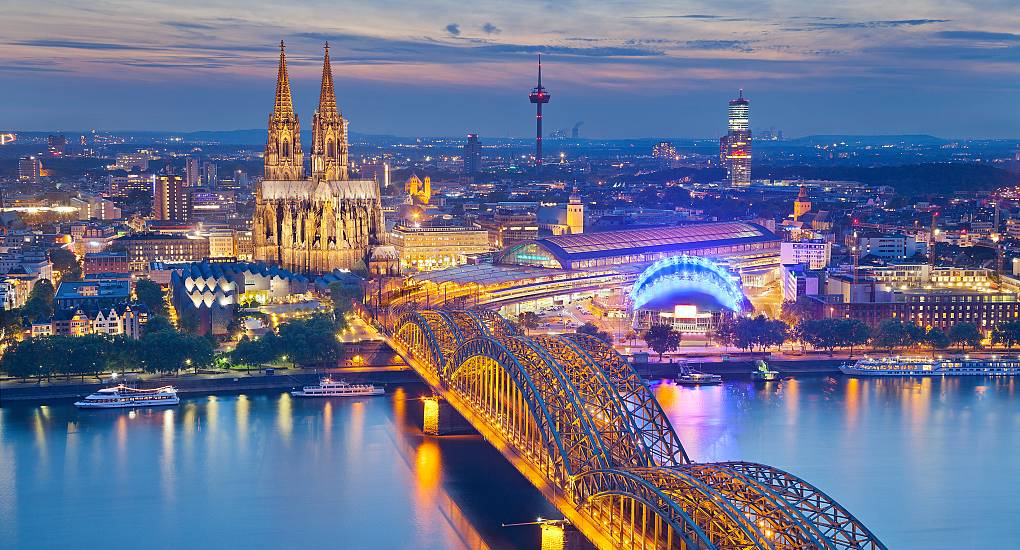 Why pick a Cologne Stag Do?

Cologne is Germany’s fourth biggest city, and always a popular option for a stag do. It’s been around since 38BC, and in that time has grown to become a city of culture, entertainment and more than a couple of bridges. But unless you are a bridge-spotter, that’s not why you are heading out on a Cologne Stag Do is it. No, you’re heading to Cologne to see if you can enjoy a weekend of fun, entertainment and just a hint of debauchery along the way – and don’t worry, this German city has definitely got you covered.

In fact, of all of the destinations we’ve visited on Stag Dos, Cologne was one of the most extreme and exciting we’d ever experienced, so it is definitely up there in our list of “best stag do destinations that you hadn’t thought of but now should be high on your list of options”.

Getting there and Getting Around

The first thing anyone asks us about a European stag do is “but how am I going to get there?” The good news is that there are a few airports in the UK that offer flights to Cologne, some direct and some indirect, but all at a great price. The direct ones mean that you can be there in under an hour and forty five minutes, and since you can get from the airport to the city centre in less than fifteen minutes, you can be in a bar having a drink in the centre of the city, getting your Cologne Stag Do started just two hours after you left the UK!

Getting around the city is absolutely easy as well. There is a wide range of public transport available in Cologne, with buses, trams and the S-Bahn (which literally translates as “City Rapid Railway”) so you won’t have trouble getting around while you are enjoying your weekend away!

With all the activities you can think of at your fingertips, a Cologne Stag Do is an absolutely brilliant option for any group of lads, no matter what your interests may be. Sometimes, the best activities can be the ones you’d never immediately think of. For example, the chance to explore the city on a Segway may not immediately occur to you as an amazing activity option, but speaking as someone who has done it, it is entertaining, informative, and someone will undoubtedly fall off a Segway at some point during the day, which is hilarious!

If the stag is a football fan and fancies something a bit special, why not arrange a tour of the RheinEnergieSTADION – the home of FC Koln? You’ll get to look around at all of the aspects of the stadium, including stepping out onto the pitch yourselves! Alternatively, if you just fancy a kick-about, there’s something about travelling to Germany that really seems to encourage groups to play a game of five-a-side football – it’s almost as if they are trying to replicate the 1966 World Cup victory!

That’s just a couple of the activity options that seem to be popular for Cologne Stag Dos. There are so many others I couldn’t possibly list them all here. Suffice it to say that options such as the Beer Bike (where you all pedal a giant 8-seater bike around the city while drinking Beer at the same time), Cyber Golf (which is like playing a round of golf but without the boring walking bits) and White Water Rafting are just three more of the options that are commonly picked to be a part of a perfect Cologne Stag Do.

In the evening, there’s one thing you absolutely have to do on your Cologne Stag Do, and that is to drink some of the best beer you have ever tasted in your life. Whether you like your beers light or dark, a night out on German beer is a pure experience. And with the beers being of such high quality, the hangovers are way more bearable than those you get with the equivalent English beers.

You’ll have plenty of places that you can try the beer as well, as it is well known that Cologne has a ridiculous number of drinking establishments within it. In fact, a report a few years ago clarified that the city has seventy clubs along with "countless" bars, restaurants, and pubs. Given these ridiculous numbers, it’s important that you make sure you give yourselves enough time to try multiple establishments – that’s why a lot of our Cologne Stag Dos tend to book for three nights instead of two!

In fact, to make sure you make the most out of drinking in Cologne, we’d highly recommend adding a bar crawl to your Cologne Stag Do package. After all, what would be the best way to experience a new city on your first night out than having a local guide showing you all the best areas? And it’s not just the drinking that the evenings in Cologne can provide – nightclubs, great meals out, a stripper dinner or even an evening afloat on a party boat – whatever you want out of a night out on your Cologne Stag Do, we can arrange it for you. So whatever you do, think about taking your stag do abroad and have the weekend of your life in Cologne.

In short, whatever type of stag do you want to experience, there is absolutely no reason not to make it a Cologne Stag Do. With amazing activities, astounding nightlife and a brilliant overall atmosphere (not to mention the amazing beer), Cologne is definitely the place to go – why not get in touch and let us tailor you a perfect quote.

The Stag and Hen Experience has been creating the best stag weekends away since 2009, so if you're looking to plan a stag weekend package anywhere in the UK or abroad, get in touch on 01202 566100 or via this email address : admin@staghenexp.co.uk and one of our expert stag do organisers will help you put together a fantastic stag do for you and your group.

What Can You Do In Cologne?